Countdown to the #mdd34

THE GIRO D’ITALIA ON THE MARATONA ROUTE

It was a fantastic race, blessed by warm sunshine and a crowd of thousands of enthusiasts along the roadside. The 14th stage of the Giro d’Italia, leaving from Alpago and arriving into Corvara, raced up and down the mountain passes of the Dolomites, in a procession covering a difference in altitude of 5,000 metres, well honoured by all of the cyclists and organised by the Giro d’Italia committee in order to celebrate the thirtieth anniversary of the Maratona dles Dolomites - Enel.
There were lots of famous guests present at the event, including the managing director of Enel, Italy’s electric utility company, Franesco Starace, and the musician Red Canzian: whilst awaiting the arrival of the cyclists, the 30th edition of the Maratona dles Dolomites - Enel was officially presented at the enchanting valley station of the Boé cable car. Michil Costa, chairman of the organising committee, described the programme of initiatives in place and presented the new Castelli jersey, with a women’s version now available for the first time ever.
Thanks to the live TV coverage, the passing and the arrival of the ‘pink race’ amid the Dolomites was an important way to draw attention to all of the valleys, as shown by the 30% share on the RAI and RAIsport channels.
The day was full of summer colours, making this huge, outdoor cycling event all the more enjoyable, with the cyclists pushing down hard on their pedals to create a thrilling spectacle for everyone. As a gift to our ‘enthusiast’ friends, we recorded the cyclists’ race times for a number of mountain passes, so that all participants in the Maratona can directly compare their performance with that of the great champions.
The fastest cyclist from Arabba to Passo Pordoi was Damiano Cunego, who completed the ascent in 28’54”. Along the Campolongo pass, Ruben Plaza Molina recorded the best time, with 14’13”. The legendary Giau Pass saw Vincenzo Nibali take first place with a time of 33’26”, with Steven Kruijswijk pedalling harder than anyone else on the Mür dl Giat, with a time of 1’21”. Now, it’s the turn of our very own nine thousand heroes to get down to business.

MEASURE YOUR PERFORMANCE AGAINST THE CHAMPIONS

During the race we recorded the best race times of the cyclists for each mountain pass, and the absolute best time from Arabba to Corvara. This will enable you to compare your performance with that of the professionals and feel like a real champion yourself – as are all cyclists who take part in the Maratona. Have fun!

The ascent up the Passo Campolongo

The ascent up the Passo Giau 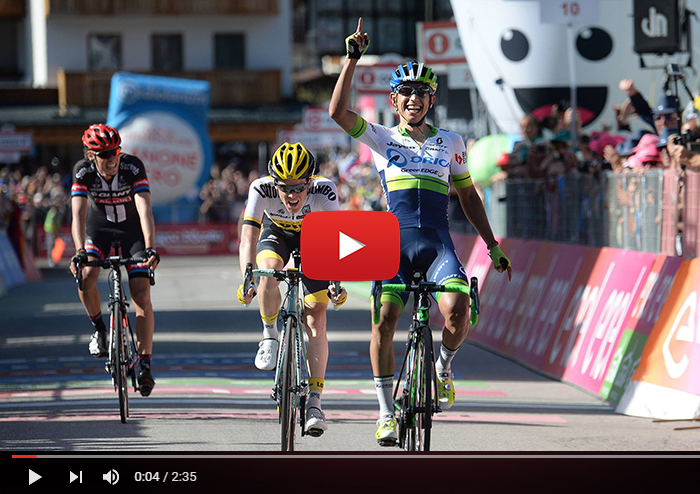 Stage 14: the pros on Strava 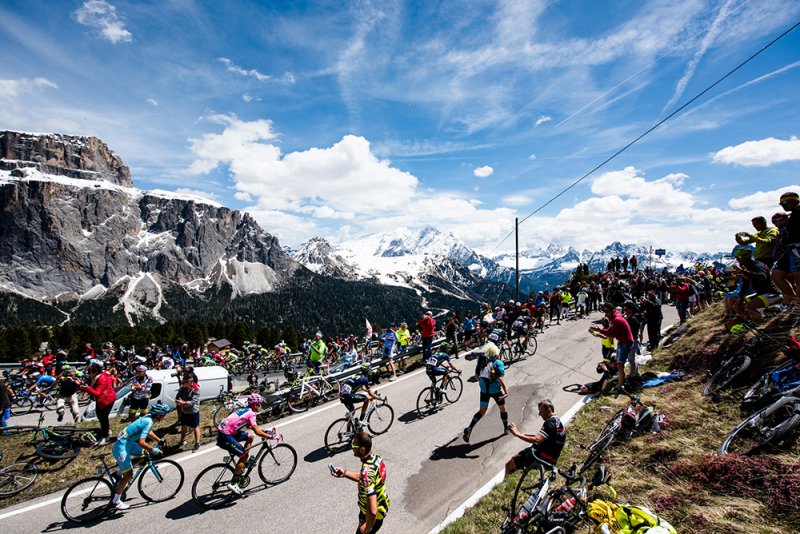 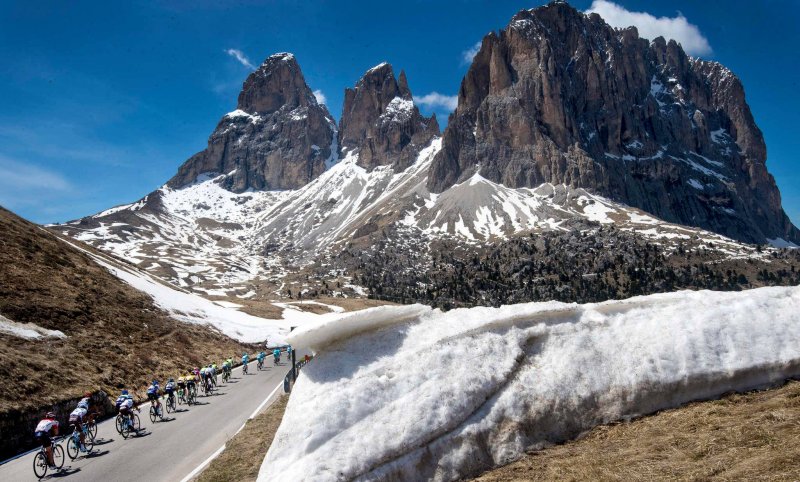 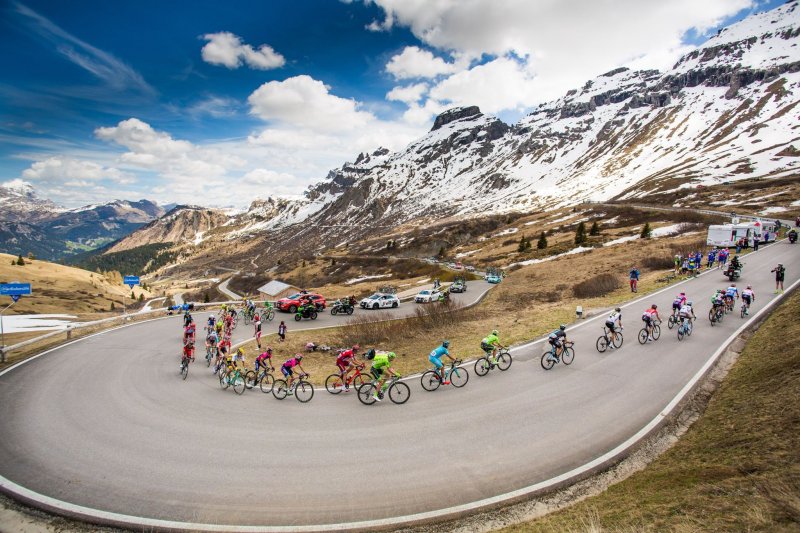 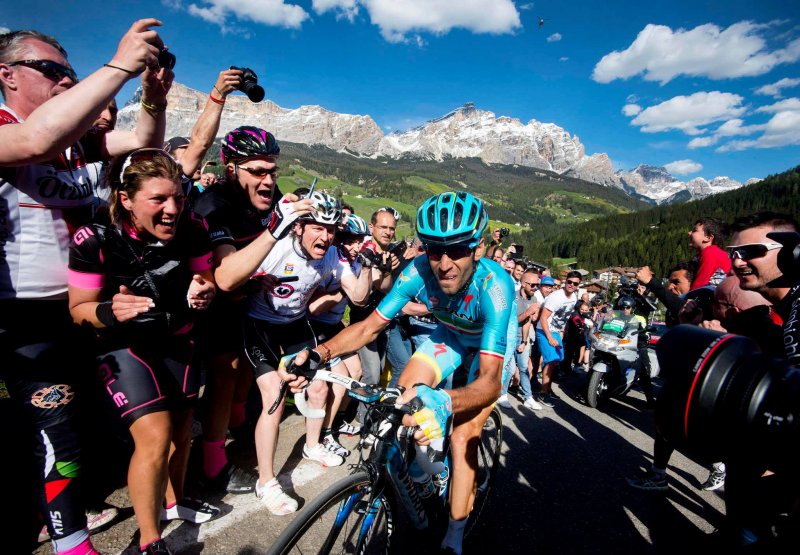 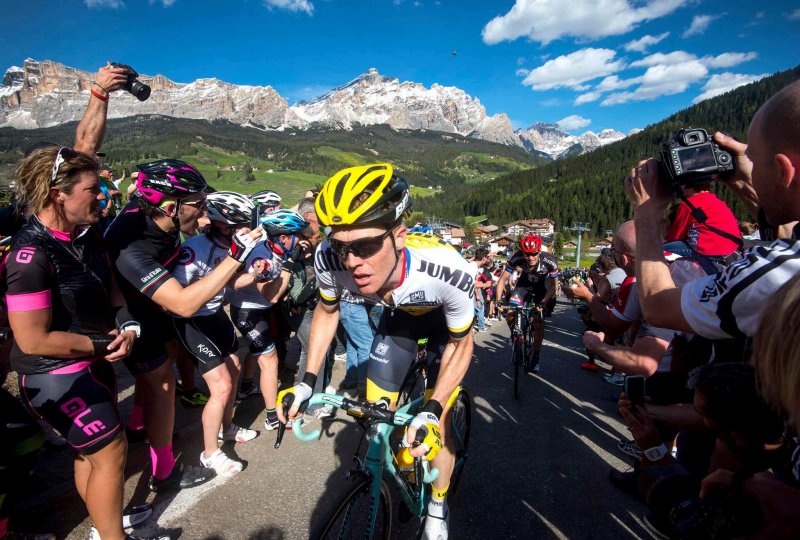 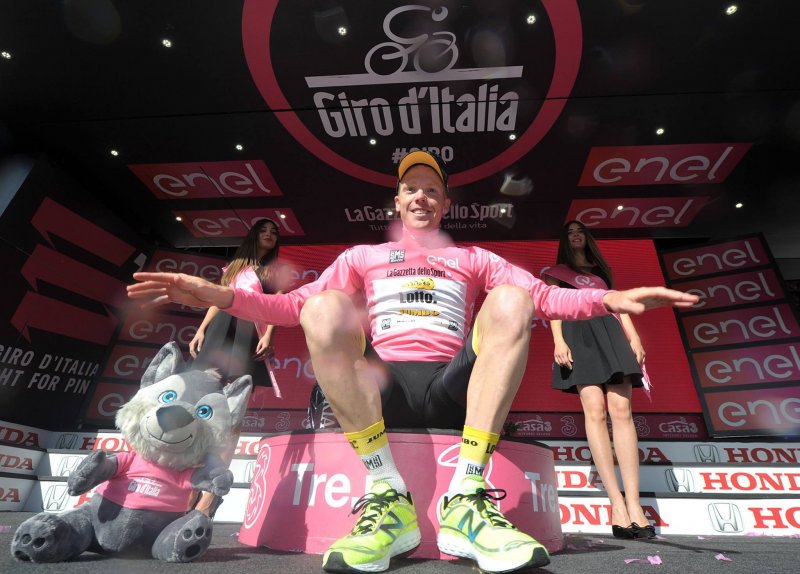 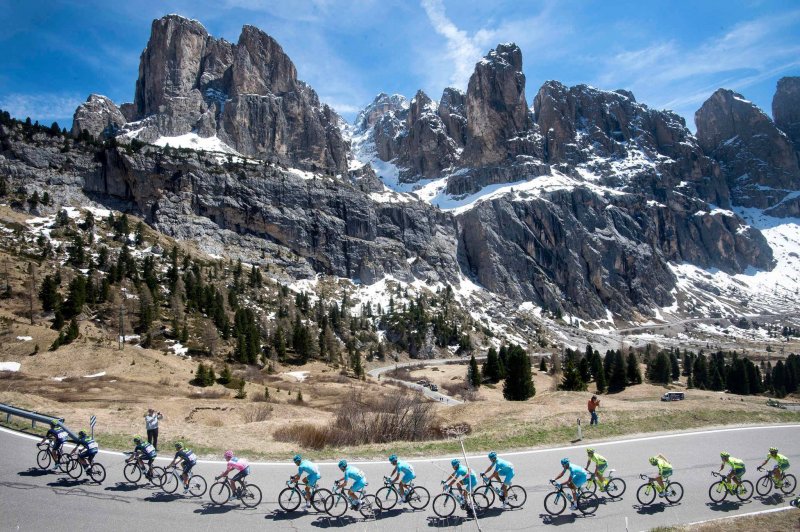 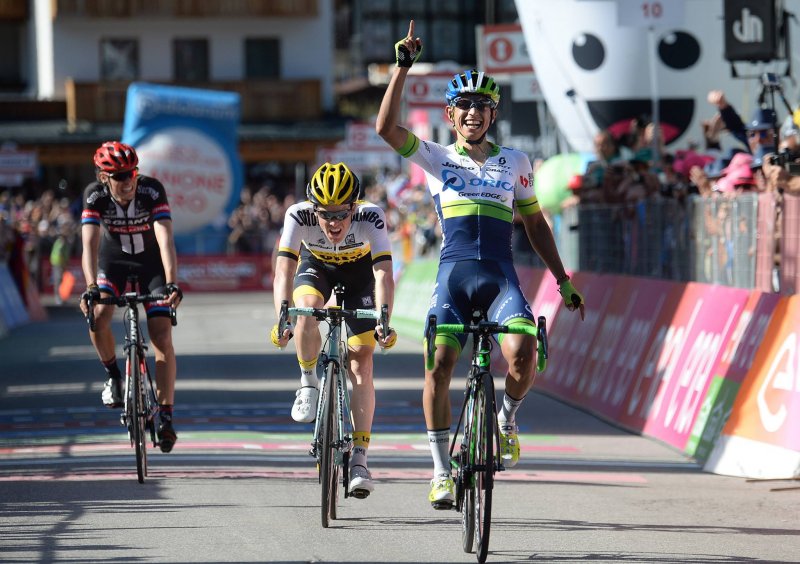 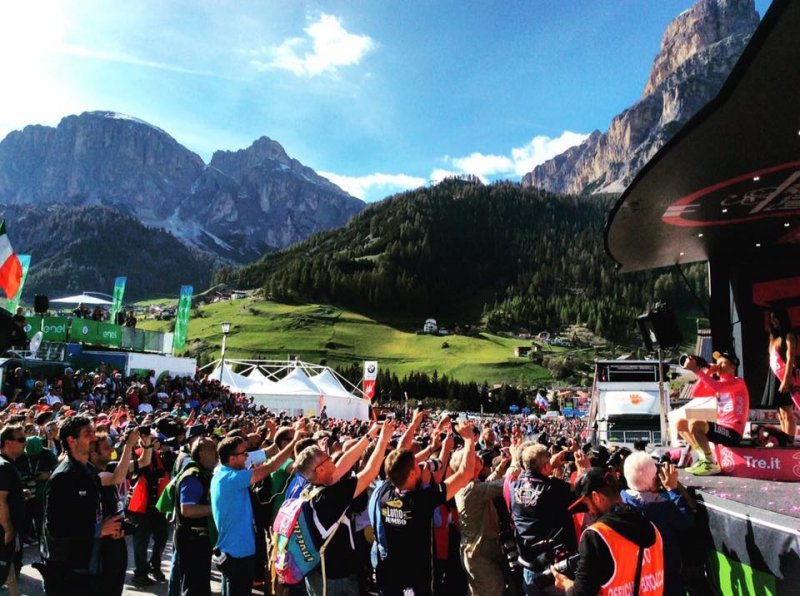